In the process of choosing a washing machine, an uninformed person is confronted with a number of issues related to the technical characteristics of the appliance, affecting its functionality. One of them - which is the best spin class in washing machines - can only be answered independently, evaluating your capabilities and requirements for the final result. On the one hand, everything is simple - the higher the class, the drier the laundry output and the less problems with ironing. But at the same time, we must not forget about other, no less important, factors.

You can set the spin class yourself if for some reason it is not possible to find the corresponding characteristic on the unit. The same approach can be used if you want to verify the declared data. It is necessary to weigh the linen with rhinestones after spinning, wait for it to dry and weigh again. Having received the main figures, we subtract the weight of dry laundry from the wet indicators, divide the result by the weight of dry laundry and multiply by 100%.

Spin classes in washing machines and their characteristics

Manufacturers actively use not all spin classes. Despite the fact that there are seven in total, only four are used in modern machines.

A - the highest quality of extraction, which ensures that after removing things from the machine they will remain no more than 45% moisture.

G - things are almost wet, water is stored in them by more than 90%.

This indicator in the characteristics of washing machines is affected by the speed of rotation of the drum, but do not rely solely on these data. For example, 1200 rpm may represent both A and B class. Low speed is often used in small cars, with a small capacity indicator. 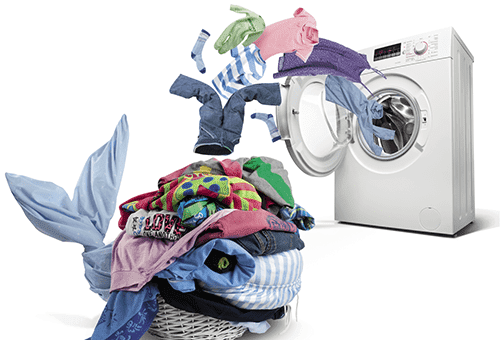 Which class to choose - features of various indicators

Thinking about which washing machine to buy, do not immediately rush to the most expensive copy with the highest characteristics, even if the financial situation allows it.

First you need to consider the following points.

Numerous studies on this issue have shown that the B-class is the most economically profitable, convenient and optimal in functional terms. These are not the most expensive, but reliable machines that can last for many years without adversely affecting the condition of the washed laundry.

When choosing the optimal instance among the whole variety of washing machines, it is worth paying attention to models with a spin function without ironing. In them, the drum rotates according to a certain system, periodically changing the speed of work. As a result, the laundry is not only better wrung out, but also almost no creases. It can simply be hung to dry without the subsequent use of an iron.

It is worth considering that a high spin class is often just a marketing move by the manufacturer and even a targeted blende. Less advanced appliances perform better, but you don’t have to lay a fortune behind them. The spin quality indicator should definitely be taken into account when choosing the right one among washing machines, but they should not be guided as the main characteristic.

Loading ...
Useful articles
They are seized right away: 10 useful little things from the “Fix Price”
Zero waste in the New Year: how to use tangerine peels in everyday life?
How much is New Year's Eve - price comparison in restaurants and cafes
How to remove puffs on clothes and not make it worse?
Good nutrition: we cook for the whole week in one day
The most intimate: where and how best to store underwear?
Catherine material author 04.01.2016 changes from 29.02.2016
leave a comment
Cancel