The design of the washing machine is designed so that during washing it was impossible to open the doors. This is done so that the water in the drum does not spill if the hatch is not opened on time. However, there are situations when it is necessary to do this. The need to stop the machine arises in order to add a few more things or to get what got into the drum by mistake.

For example, a thing that can fade and gets washed with white linen can ruin it irretrievably. It is not surprising that in this case every housewife will try to unlock the door and get the “uninvited guest”. If a phone or credit card gets into the wash, this is another reason for the emergency stop. So that such a stop in emergency mode does not end with a small flood or breakdown of equipment, you must adhere to a certain order. 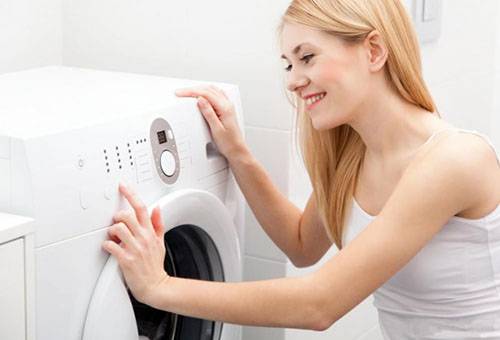 At the very beginning of the wash, until the washing machine's tank is completely full of water, there is an easy way to stop the program. This can be done using the "Pause" mode. It is in all models. For temporary shutdown, without draining the water, just press the on / off button (in some models there is a separate “pause” button).

In this case, it is important to take into account one nuance - the pressure should be single and quick. If you press the button and hold it in this position for several seconds, instead of a pause, the selected program will be turned off. If you press with one touch, the program will be paused, and after a while the door will unlock. After that, it remains to get things that have happened by accident or report back and start the machine by pressing the power button.

Masters involved in the maintenance and repair of machines do not often recommend pausing or reprogramming appliances during washing. Overuse of this feature over time leads to a malfunction in the program and premature repair. 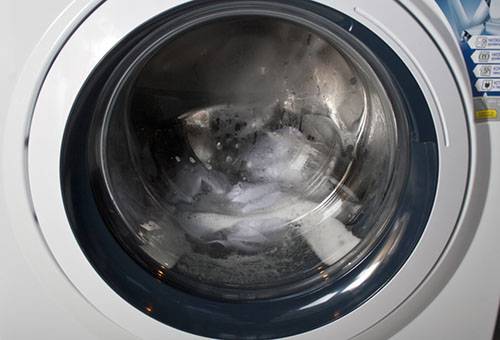 If there is a lot of water in the drum

If the need to open the washing machine arose when the drum has a high water level, water must be drained. This is also not hard to do. In this case, the following steps must be performed.

In some cases, you need to open the hatch immediately. In this case, emergency drainage is suitable. It is performed in manual mode, through a filter. Usually this part is located in the front part, in the lower right corner, behind the panel. By opening the panel, you can see the filter hose. Substituting the water tank, you can pull the hose out of the socket, open the plug and drain the water.

Some models do not have such a hose. In this case, pull out the filter plug. After an emergency stop with draining the water, it will not be possible to finish the washing according to the old program; you will have to re-program the machine.

Sometimes a forced stop of the machine leads to the fact that the door does not open, even after draining the water. The best way out in this case is to call a repairman. But if there is no time and you need to open the washing machine urgently, you can try to do it yourself.

You can do this in the following ways:

Many models of washing machines are equipped with a special cable to unlock the lock. You need to look for it from the front side near the filter, behind the decorative panel at the bottom of the machine. It is painted in a bright orange color, so after removing the decorative panel, it is impossible not to notice it. It is enough to pull the cable - and the door should open. If the machine does not have such a device, you will have to move on to more complex methods. 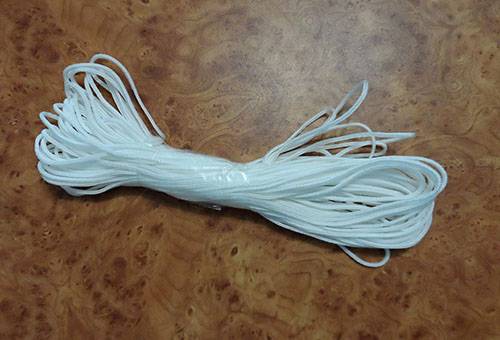 Forced opening with a cord

A thin synthetic cord can help open the hatch of the machine if previous steps have not yielded positive results. The disadvantage of this method, invented by craftsmen, is that it does not always fit. The reason is the design of the castle. If the tongue snaps into the side of the typewriter body, then it will open, and if from the body up or up, this method will not work.

If, as a result of this, the door does not open, it means that the design of the lock is of another type and only one option remains - to remove the top panel.

If you have a flexible spatula at home, you can use it instead of the cord - insert it into the gap between the door and the housing and press on the tongue. 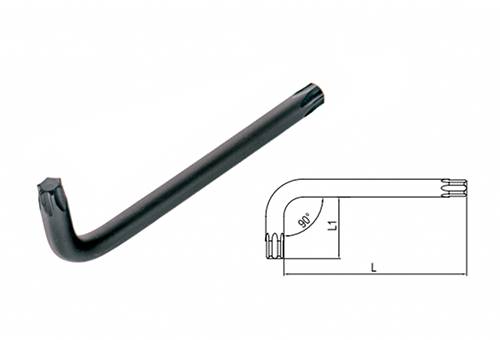 A universal way that fits all models

By removing the top panel of the washing machine, you can unlock the hatch in any model. So this method is the most universal. However, it does require some skills and tools. In some typewriters, the panel is fastened with two bolts that can be removed with a conventional screwdriver, but this is a rare case. Usually, in order to remove the panel, you have to use TORX keys, and their size is not the same for different models. These may be such options:

Having unscrewed the bolts on the back wall, you need to slide the cover back, and then remove it. After this, you need to stick your hand in the part where the lock is located (on the side of the tank), and press the latch. Before removing the cover, be sure to turn off the equipment by pulling the cord from the outlet, and drain the water.

Adhering to the recommendations set forth here, you can open the machine both during washing and during emergency situations. However, if you do not have the skills to service the equipment and are not confident in your abilities - call the master, and he will definitely open your typewriter.

Loading ...
Useful articles
They are seized right away: 10 useful little things from the “Fix Price”
Zero waste in the New Year: how to use tangerine peels in everyday life?
How much is New Year's Eve - price comparison in restaurants and cafes
How to remove puffs on clothes and not make it worse?
Good nutrition: we cook for the whole week in one day
The most intimate: where and how best to store underwear?
Catherine material author 09.03.2016 changes from 06.11.2019
In what cases is it necessary to open the washing machine during washing?
Cancel