When a foreign object gets caught between the drum and the tank during washing, this can seriously damage the machine. Most often, small items left in pockets - coins, small key chains, pins, screws, as well as clothing items - get there. Sometimes children also make their “contribution” by stuffing small toys through a hatch for filling powder. Whatever gets into the mechanism of the washing machine, you need to try to quickly remove it. 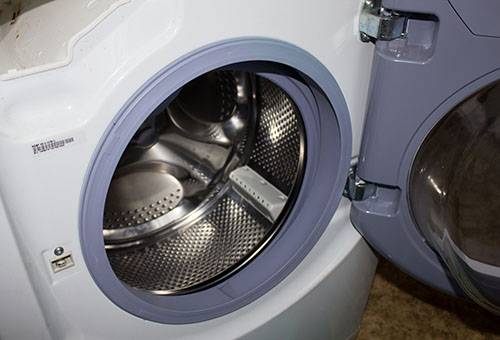 Do you always need to call the wizard?

The easiest option is when you need to get a bra bone stuck in the hole in the drum. In this case, you need to use a pair of pliers to clamp the protruding end and carefully pull it out without making sudden movements so that the bone does not break off. Such manipulations can be done by everyone independently.

If the item is not visible, but you know for sure that it got into the machine and can cause the drum to break, check the drain filter - coins, small screws and other small things are most often found there. Sometimes the bone of the bra can be found in the filter of the machine. This procedure can also be performed independently. In other cases, it is best to invite the master.

If during washing or spinning you hear the sounds of metal rubbing against metal and you only assume that a foreign object has fallen behind the drum, a specialist call will be necessary. Such noise can be evidence of wear of parts or their breakdown, and it is difficult for a non-specialist to determine this independently. 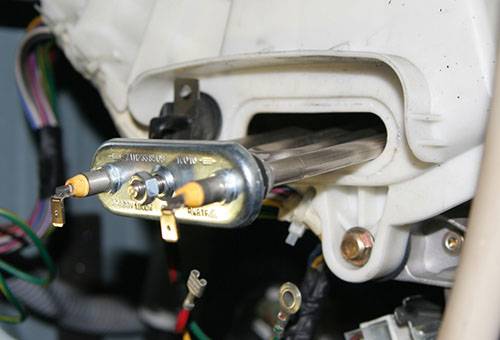 If you are sure that the cause of uncharacteristic sounds during the operation of the washing machine is a foreign object that has got there, and working with equipment is not a novelty, then you can pull it out yourself. In machines with horizontal (frontal) loading, for this you need to remove the back or front wall. Most often, the back, but this nuance depends on the model. There are other differences in different models, so before you continue working, it is better to find a disassembly scheme for a particular washing machine.

Here you will be given instructions for disassembling the most common option with the removal of the back wall and top cover. Before disassembling, drain all water from the machine through the drain hose and turn off the power.

Then you need to perform the following steps.

Before disconnecting the wires, you need to sketch the connection diagram or take a photo so that you can connect correctly later. 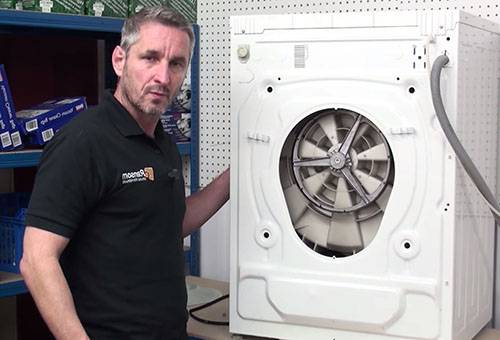 What to do if the bone of the bra is not visible in the hole from the heater?

If an object is stuck between the tank and the drum of the washing machine near the shaft at the top of the tank, it may not be visible through the hole for the heating element. In this case, you need to perform a series of actions. 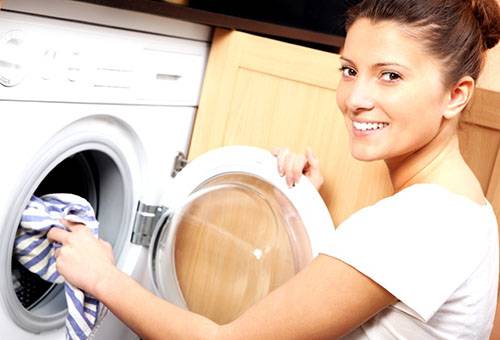 In order to protect your equipment from damage and not to disassemble it in order to get a bra bone in the tank, you need to follow a few recommendations.

Following these tips, you can not only get the "extra element" yourself, but also avoid unnecessary troubles associated with disassembling the washing machine or even repairing it.

Loading ...
Useful articles
They are seized right away: 10 useful little things from the “Fix Price”
Zero waste in the New Year: how to use tangerine peels in everyday life?
How much is New Year's Eve - price comparison in restaurants and cafes
How to remove puffs on clothes and not make it worse?
Good nutrition: we cook for the whole week in one day
The most intimate: where and how best to store underwear?
Catherine material author 02.04.2016 changes from 02.04.2016
leave a comment
Cancel