Modern flower growers are trying to apply in their practice inexpensive, but at the same time effective and environmentally friendly means to support the immunity of indoor plants and treat them from various diseases. Recently, the question more often arises: is it possible to water indoor flowers with infusion of onion husks? Experts say that it’s not only possible, but also necessary. However, it is important to know some of the rules and features of using this tool. In addition, it is not suitable for all plants.

What plants can not be watered with onion husks?

Despite the fact that onion peel contains a large number of trace elements necessary for plants, and is also a natural fungicide and insecticide, it can not be used for all indoor flowers.

You can not water these plants with a decoction of husk:

Fertilizing these flowers with onion husks not only does not give a positive result, but also harms their growth and full development. 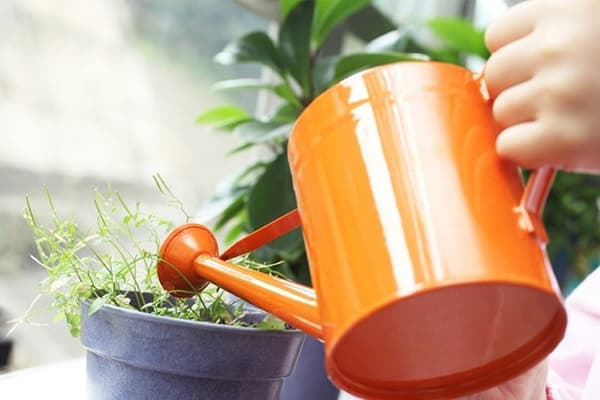 What is the use of onion husk infusion for indoor plants?

The composition of the onion husk includes the components necessary for flowers:

Carotene acts as an antioxidant and allows plants to increase immunity to diseases, improves endurance. In addition, this component leads to the destruction of pathogenic microflora, including fungi.

Phytoncides contribute to the destruction of fungi and harmful bacteria in the soil. To prevent this component from escaping, the husk must be poured with water.

Vitamin B1 reacts with phosphoric acid and forms carboxylase, a substance that plants need to process carbon and form nutrients.

Niacin promotes the processing of oxygen, sulfur, and nitrogen. It is indispensable for indoor flowers in low light conditions. This component helps to build and strengthen the roots. 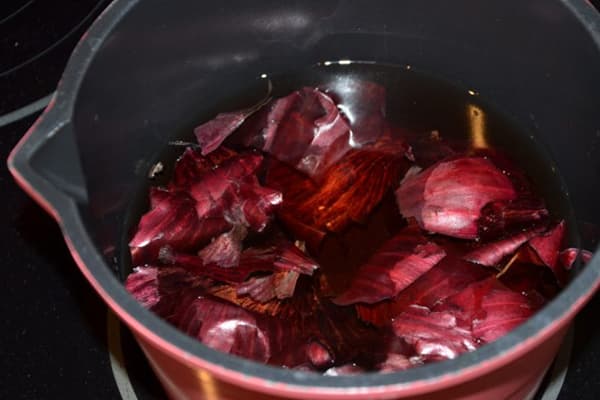 Infusion of onion husks against pests

It is impossible to examine thrips with the naked eye, only black dots or stripes are visible on the foliage. Pests emit a characteristic sticky fluid, due to which a sooty fungus develops over time.

To destroy pests, infusion is used, which is prepared for 3 days from a liter can of husk and 2 liters of water. After preparation, the liquid is decanted, liquid soap is added and diluted with water 2 times.

First, the leaves of the plants are wiped with the resulting composition, and then sprayed so that the substance necessarily falls on the inside of the foliage. 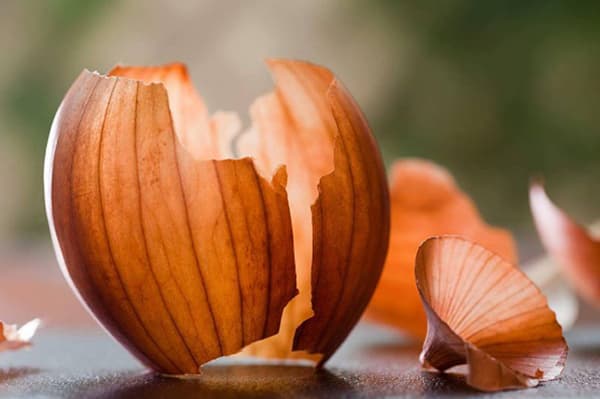 Onion peel as a fertilizer and a means of disease prevention

If indoor flowers rapidly lose their decorative qualities, then immediately infuse them with onion husk infusion.

How to make an infusion?

Florists recommend once a month to spray the leaves of plants and the topsoil with such a decoction. Such a procedure not only has an antiseptic effect, but also saturates the soil with the necessary trace elements.

It should be remembered that this infusion is unsuitable for storage, it should be prepared every time before use. 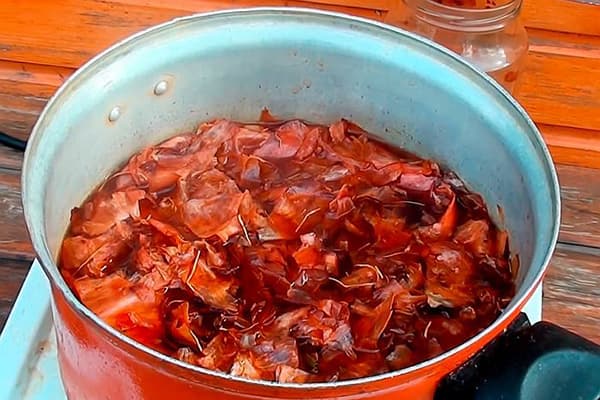 Dry onion "clothes" can not only be infused or used as a basis for decoctions, but also can be embedded directly into the ground when planting indoor plants. This will disinfect the earth and increase the immunity of flowers.

So that the plants are not only healthy, but also delighted with lush flowering, they are fertilized with a decoction of husk. Prepare it like this:

The resulting broth is diluted (1.5 liters per bucket of clean water) and watered with green pets.

Decoction and infusion of onion husks inherent in such properties:

This is extremely important for indoor flowers, which in the summer move to loggias and balconies, causing them to suffer from gas pollution in the street air.

Onion peel is an affordable and safe tool for feeding indoor flowers, preventing diseases and repelling pests. However, it is worth remembering that not all types of plants can be watered with decoction or infusion on its basis - it can have a negative effect on some of them.

Loading ...
Useful articles
They are seized right away: 10 useful little things from the “Fix Price”
Zero waste on New Year: how to use tangerine peels in everyday life
How much is New Year's Eve - price comparison in restaurants and cafes
How to remove puffs on clothes and not make it worse?
Good nutrition: we cook for the whole week in one day
The most intimate: where and how best to store underwear?
Catherine material author 20.07.2019 changes from 19.07.2019
leave a comment
Cancel